Wanna get new plumbing tips? These plumbing tips for the day can keep you home fit and fine. Water is one of the prerequisites for the day to day activities which has been in regular use for several purposes like brushing, cleaning utensils, washing dishes and clothes, etc. and the first answer which might come to everyone’s mind if someone asks- “WHAT MAINTAINS THE REGULAR SUPPLY OF WATER IN ANYONE’S HOUSE?” is the natural presence of water under their house or pipelines coming from industries but very few people give plumbing advice as the answer. This is because almost nobody gives second thoughts to the care of plumbing or pipeline which has been installed in their houses.

One fact is for sure that if someone’s house plumbing system shows anyhow some defaults then nothing else besides the management of the plumbing system comes to their mind until the water supply gets to it’s usual condition since many of the works might have been stopped due to it. At that point, even for simple and small tasks many people call plumbers, however if the individual’s family works while taking in consideration some helpful plumbing tips then they might be able to avoid a lot of money and maybe also be able to save some time too. Some basic home plumbing tips is very helpful to everyone in order to troubleshoot some easy and small repairs.

Although having general home plumbing tips one should not be discouraged from calling the plumbers to have a complete check up of the plumbing system of the house in a while in order to avoid huge losses. There are few tips in which we can maintain our house plumbing system:-

1. Stop Pouring Greased or Oiled food Down the Drain

If we have ever heard of sticky notes then you have known that the note papers are stuck in the order of one after another right? Similar to that of the oiled or greased food or any material which is somehow sticky as the oil or grease when dumped down the drain then grease and oiled stuff will build up. Noone can notice it at first – because it seems totally fine since it looks as a liquid and should go all the way down the sink as the other liquid go. But eventually after some time that grease and oiled stuff are going to clogged within the house pipes and create many serious plumbing issues.

This is the reason why the plumbers usually suggest the owners to think before anything similar to greasy stuff inside the pipes down the drain, and try to take some options for a safer disposal. For example, the kitchen worker can wait for the oiled products to solidify to the state at which it is not as sticky as before and then throw them inside the compost bin.

Sticking all of the clogging stuff around the pipes is one of the most common plumbing problems. Especially if we have to think about showers or sink drains, it gets grosser and grosser by time if there is usually hair and soaps after each bath.  All clogging of hair in the shower can be avoided by replacing the icky with something as simple as a basket strainer. This act might come in handy for preventing  a time-consuming and unpleasant task in the future.

It is normal for people to use the toilet for flushing different unnecessary materials which should not be done. Since some of the materials are not easily flushed and get stuck in many inside the pipe lines. Things like small dead fishes, plastics, greased substances create some serious plumbing issues.

There are also several reasons for which toilets get clogged more often. If something similar to this is happening at your place then it's the perfect time for you to show and study the plumbing structure inside your place by a professional.

Plumbing has never been something which would be actively studied by everyone. It is suggested to everyone to have the knowledge about the main water supply like the position, pressure around it, etc., in order to handle sudden leakage out of pipe lines and maintain the water to not be wasted till the plumbers arrive.

Leaks at different places don't bother as much as the leaks near the toilet. Since the toilet is a  place where, if water is pouring out from any leaks, it feels a lot disgusting in comparison to other places. As we all know, many types of germs, insects and unnecessary things reside there. This is the reason why it becomes more important to make it as clean and dry as possible. If there is even a small amount of leakage then it is also possible that leakage might cause the rapid growth of different germs and insects in a more rapid way. If the leakages are known as quickly as possible in the beginning then it can be managed for long term use easily but if the leakage is noticed late then it might get to the point of being unmanageable.

Valve seals are usually the first and foremost point where the leakage could happen. Usually the leakage flows from the tank to the bowl of your toilet in non-flushing mode. Food colouring can be the best  and one of the easiest ways to find the leakage. 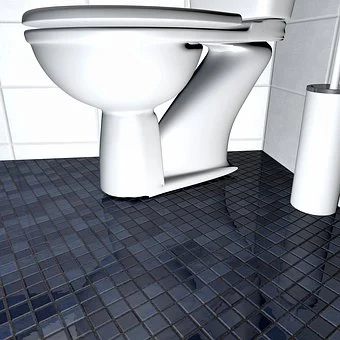 If you just read it twice just to make sure that you are reading it correctly then we understand what you are thinking. As crazy as it may sound, it is effective too. All we got to do is pour some drops of food color into the sink then wait for a few hours. If the coloured water finds its path somehow to the toilet bowl, then that would clarify that the toilet sink has a leak.

Since the plumbing tricks are usually out of sight, it is vital to maintain the main sewer drain free and clear. It’s because in case of a sewage line blockage, everyone has to be at their topmost speed to handle the issues.

Drain access point must be uncovered (which means no any stucking substances) and easy to get to – no maze of holiday decorations.

If you are knowing that water in cold temperature expands and contracts only around 4°C  then you might be able to understand that during the winter seasons our home linked plumbing system can burst, if owners don’t make some precautionary steps during the summer season or while the installation of plumbing system. Since in summer season its nothing much than a negligible topic but once the winters rolls in then the temperature starts dropping and the risk for the plumbing system to get a huge loss start increasing.

One of the best plumbing tips we can give you is to make sure that you always have air circulating through your home, and that is at a minimum temperature of 16 degrees Celsius. You should also insulate as many of the outside wall plumbing lines as possible to avoid potential catastrophes.      - source out of this world plumbing

The best way would be to build up a better air circulation system inside the house for the winter. For this, summer would be the best time for planning these kinds of things specially for those rooms around which temperature falls too quickly. And for the protection of outside or outdoor taps and valves, it is recommended to completely drain all the water from the hose valve and the hose too.

BioOne (a non-caustic and safe drain cleaning option) uses a naturally occurring bacteria for the decomposition of organic matter completely which makes no effect on the inside layer of the pipes. It has been one of the most recommended plus nature conserving ways for handling things around the plumbing system of the house. But there is one precaution which needs to be followed and that is it should be used no more than once a month to avoid bacteria from going out of control.

No matter whatever thing is present all around us are someday going to be destroyed or are going to need some kind of reinstallation. And in every old house which has supported any family for a very long time, family members may be waiting to remove the old house holding system for reinstallation of new one. However with plumbing there is a situation when the family have to stay all the days without water supply from their house until the reinstallation is completed. But there is also a solution for such a situation by fixing separate shut off valves on the fixtures that way one’s family can get both work done. 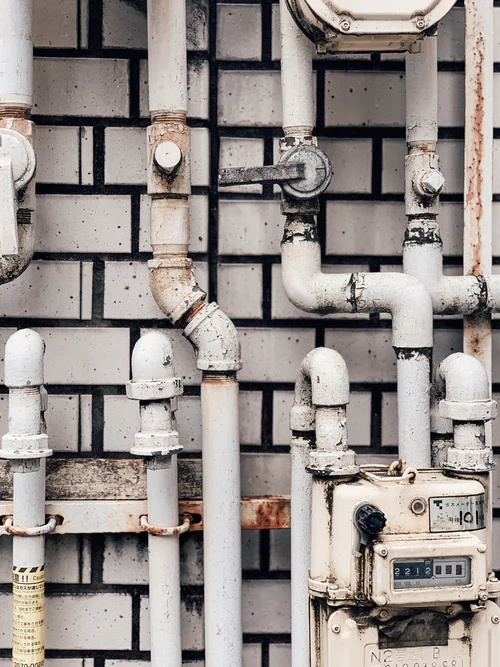 Chalks while writing on boards if pressurized more than necessary then will not last as long as working with less pressure. Similar things happens to the taps, children usually tighten up the tap with more pressure and all those people who worry more for the dripping water thoughts, usually apply more pressure than needed which causes the taps to wear out more quickly than their normal duration. So for the long lasting usage of taps one’s family must avoid applying greater pressure while tightening up the tap than the necessary amount. 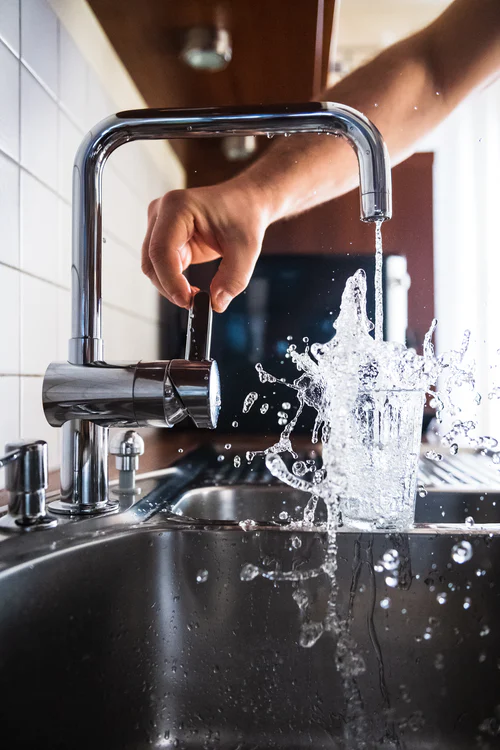 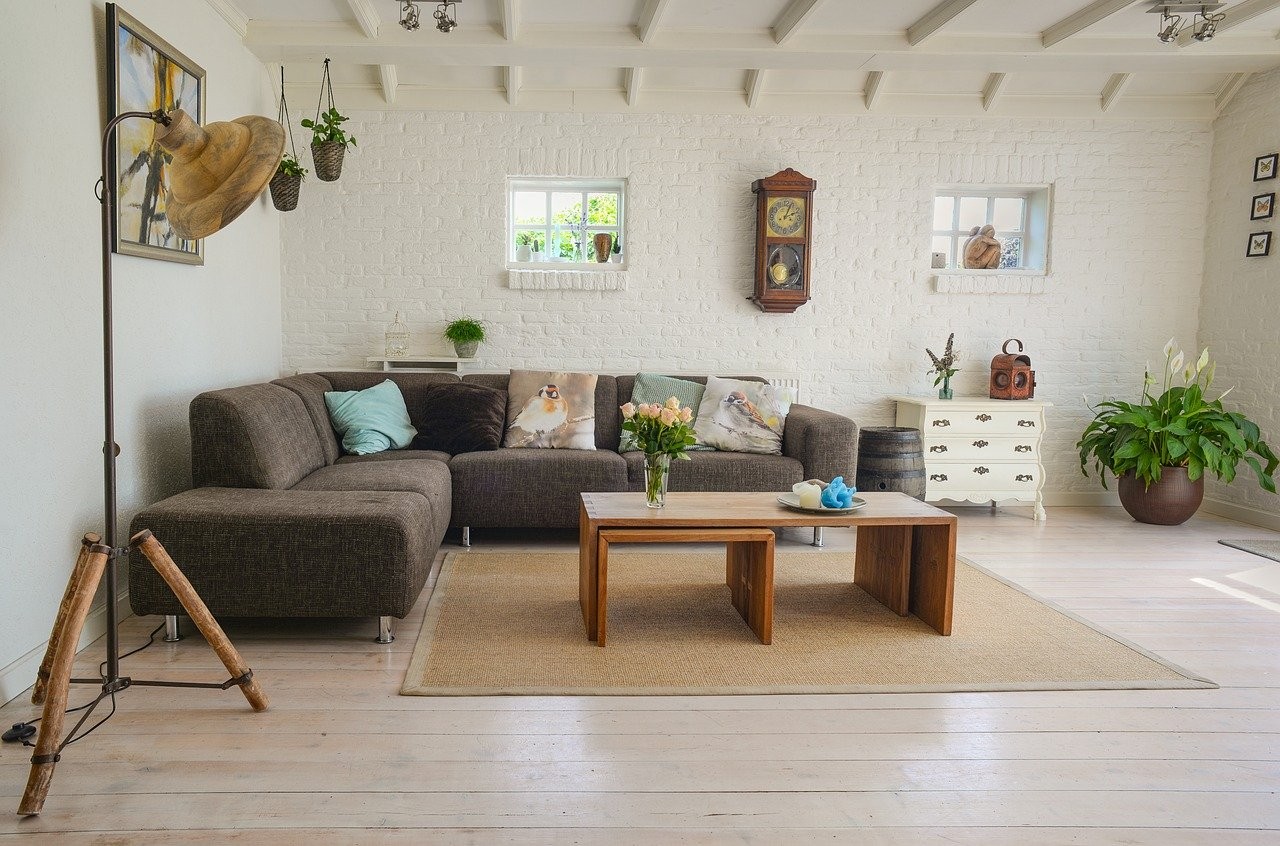 Tips and tricks for managing awkward spaces at your home

What job do you Prefer?